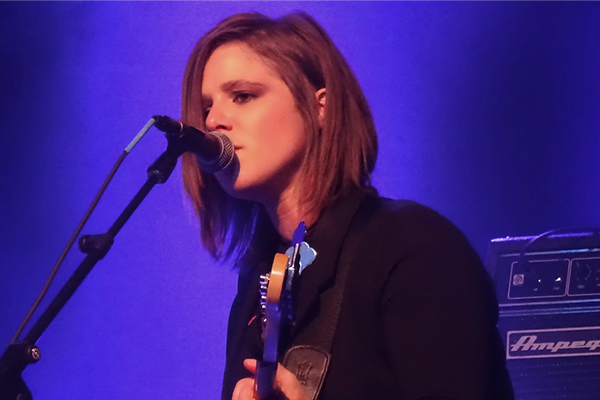 Em Dingwall is a Cape Breton-based musician who is often sought out for her smooth harmonies, soulful basslines, and her chameleon-like ability to blend into any musical situation on the fly. Self-taught as a bass player, guitarist, and vocalist, Em has worked tirelessly to hone her craft, playing, recording, and touring with some of the industry’s busiest musicians including Matt Minglewood, Gordie Sampson, J.P. Cormier, Matt Andersen, Heather Rankin, Lucy MacNeil, Jenn Sheppard, Kimberley Fraser, Adam Young, and Steven MacDougall along with many other local talents. In 2012-2014, Em had the invaluable experience of recording and touring across Canada with award-winning multi-instrumentalist, J.P. Cormier. The pair traveled as a duo to a long list of Atlantic music festivals and shared the stage with the likes of Ricky Skaggs. In 2014, Em joined the legendary Minglewood Band. The band’s album Fly Like Desperados won an ECMA for Blues Recording of the Year. When Em isn’t “rockin’ the blues”, she regularly takes the stage with Cape Breton’s popular Celtic-Rock band, The Privateers. Em also enjoys playing with RoSa – a duo act, featuring Emily’s sister, Jen. RoSa has enjoyed some radio success with an original album titled “Spoken out Loud”.

More Info
Back to Top
[trip-planner]